Past, Present, Future of Rai. 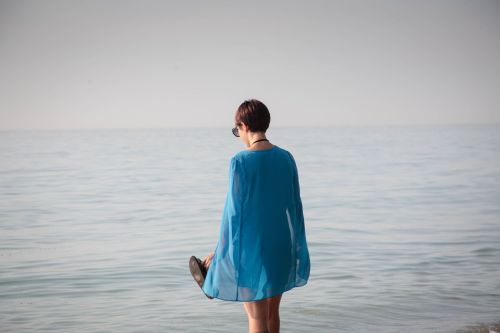 Arguably, the most prolific time I had as a songwriter was in 2008 when I moved to Aberdeen, Scotland. I’d gone there to escape from Los Angeles, I’d gone there to discover myself, I’d gone there to work on a vocal/techno project. That project became a battle of the wits, split by creative differences and divergent temperaments. The experience threw me back inside myself. Desperately needing an outlet for my emotions, my Scottish born musical partner made a handful of phone calls to find me a borrowed, broken guitar. It was on that guitar, and in those moments after techno, and wandering the streets of Aberdeen, that I wrote most of the songs that appear on youtube.

I often wonder if it was the energy in Aberdeen or the combination of circumstances that led to such a creative outburst. Nevertheless, none of the songs were ever recorded in any other way. I can remember how to play only a few.

As far back as 2004 I was at odds with the songwriter in me, convincing myself that I wasn’t talented, torturing myself through every spell of writer’s block and then, like the clouds parting, every few years would bring a prolific fit of writing after which I’d be standing at the crossroads wondering why I did it, if it was any good, and if it meant I was truly meant to pursue a career in music.

There’s not many who understand the violence of creation – the overflowing love felt while writing and sharing, followed by the dark, deep depletion after the process is through.  The curious part, and most perplexing, is that only in acoustic songwriting did the violence turn to self-destruction.

I would argue that I pour just as much of my soul into my long-hand writing, but never have I ventured to masochism after posting a short story, poem, or blog post.

It’s said, music is the soul of the divine. The expression of which taps into god energy, is akin to a religious experience. Acoustic songwriting brought me to that cathartic state, taught me how to get closer to my emotions, to be more comfortable expressing my truths – truths that I continue to explore.

Songwriting seems, for me, to have been a means to an end, and end which I’ve journeyed to fill with spirituality and mysticism in all its forms- the bottom of a purpose I may never find, if not to have found the digging was all I was ever meant to do.

Picking up my guitar and playing for myself or for others still carries that purifying sensation, a highly medicated healing energy even when the song is sad. That’s the part about it I love. The part I hate is that it’s also a quick way to self-loathing and destructive behavior.

Songwriting provokes the dark sides of my nature. Trying to live in the light while giving breathe to darkness is uncomfortable, to say the least.

Maybe it’s that I’ve never reached a place where the songs stopped helping me. Maybe I’m still a novice in the world of helper and healer and need much, much more personal work before I can use these tools to help other people. Maybe I’ve never been great at nurturing the extroverted version of myself. Whatever the case, I’ll listen to the lot of you who care tell me that I shouldn’t stop, that my songs mean much to you.

I guess what I’d say to you is, I’m looking for ways to help and heal that don’t take so much out of me.

All I ever wanted was to understand the inner workings of the world enough to make some sense of the human ecology. With that knowledge, I endeavor to help, heal, and spread love.

So, what do I wish the reader to understand from this post? Allow me to shuffle the cards…

The Moon can represent a lot of things but here it’s strongly showing the past. The uncertainty of the past is leaving. In the present, the Three of Wands, of which also represents the past, present, and future symbolized by the fact that there are 3 wands. The progression of the vine on the wands helps show this. The figures’ hand is on the newest staff- the future- and he’s got a firm grip on it, a clear sight of what he wants. Those ships in the distance? That’s the goal, and to get there he will use the wisdom embedded in these three staffs, these experiences. The figure isn’t merely waiting, he’s been preparing for this.

In the future comes the careful, meticulous, firm, earthly, dependable, Knight of Coins – one of my favorite Knights because while he may be slow, he’s practical and what he brings is usually something lasting. Like a matured idea, a new business adventure, a turn in career maybe, even someone trustworthy who will help on the journey. Could even mean a venture back to school to further studies in a certain area… whatever the case, the Knight of Coins brings a good, useful, well earned opportunity.

So to the future, I’ve got ideas in my head. Debating if I’m ready to start doing tarot readings or something. There’s a healer in my heart. I’m working on letting her speak.